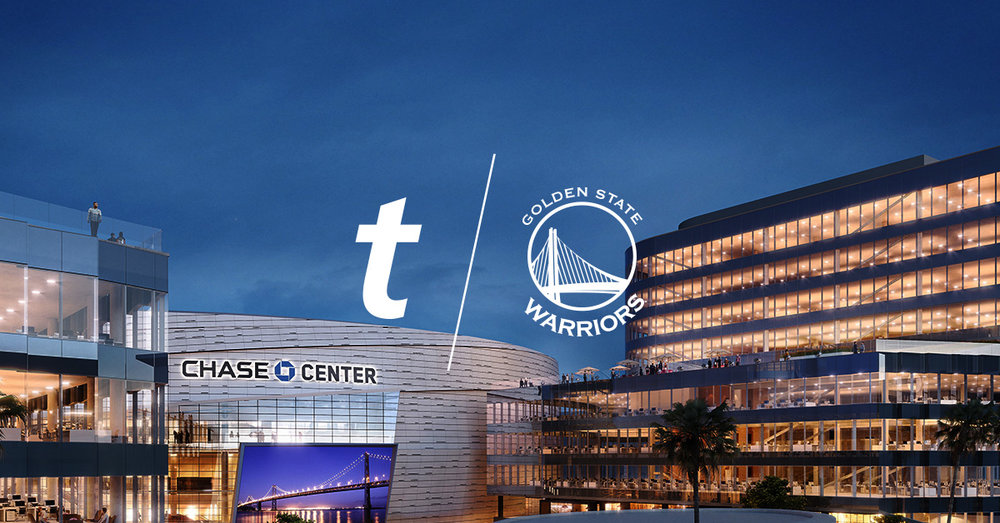 (June 10, 2019) — The back-to-back NBA Champion Golden State Warriors and Ticketmaster, the global leader in ticketing, today announced a multi-year renewal of their longstanding partnership with Ticketmaster continuing to serve as the Official Ticketing Partner and a Founding Partner of Chase Center, the Warriors’ new state-of-the-art sports and entertainment complex being built in San Francisco’s Mission bay neighborhood, set to open this September. With this renewed partnership, Ticketmaster will power venue and ticketing technology of Chase Center, the Golden State Warriors, the Santa Cruz Warriors, the Warriors’ G League team, and will be Proud Partners of the Warriors Esports affiliates the Golden Guardians and Warriors Gaming Squad.

“Ticketmaster has proven time and again that they not only provide the most advanced products in the ticketing industry, but that they are experts in successfully launching technology in new venues,” said Warriors Chief Revenue Officer Brandon Schneider. “They offer the most secure marketplace for our fans to buy and sell tickets and share our laser focus on creating the best possible experience through all aspects of attending a live event.”

The Warriors and Chase Center will utilize Presence™, Ticketmaster’s next-generation digital ticketing and access control platform, to provide a safer way for fans to buy, sell and transfer tickets and streamline venue entry. Presence will also provide the organization with increased insights into every step in the ticketing lifecycle from who first purchased the ticket to who is attending the game, enabling the creation of customized experiences for each fan.

With Presence, Chase Center will be on the path to implement Ticketmaster’s newest technology, SafeTix™, following the 2019-20 season. SafeTix ties a unique, identifiable digital ticket to each fans’ mobile phone through an encrypted barcode that automatically refreshes every few seconds. The tickets will also include NFC technology that will allow fans to enter venues through a simple “tap and go” experience at venue entrances.

“Ticketmaster is proud to serve as a founding partner of the state-of-the-art Chase Center as we extend our official ticketing and technology partnership with the Warriors,” said Jared Smith, Ticketmaster President. “For a team that’s consistently breaking records and making history, we’re excited to power Chase Center with our latest venue technology and continue providing fans with a safer ticket buying experience with Ticketmaster Presence.”