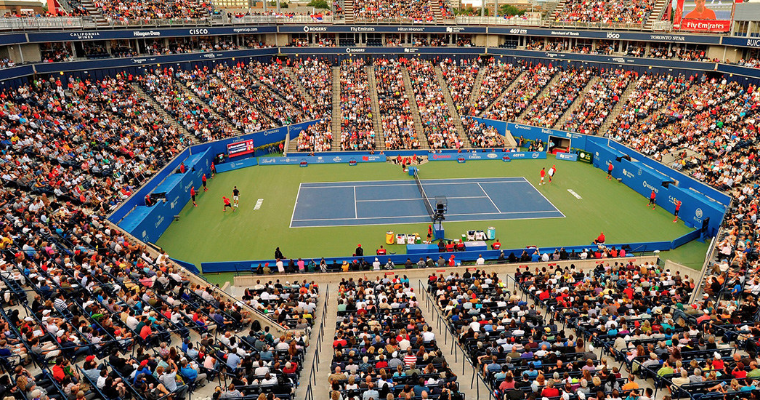 Digital tickets coming to the Rogers Cup in Toronto and Montreal.

TORONTO (Aug. 7, 2018) — Ticketmaster, the global market leader in ticketing, today announced a new partnership with Tennis Canada to serve as the official ticketing partner for the 2018 Rogers Cup presented by National Bank. The tournament will be held in two separate venues, with matches held in Aviva Centre at York University in Toronto, Ontario and the IGA Stadium in Montreal, Quebec, starting with this summer’s tournament.

As Tennis Canada’s official ticketing partner, Ticketmaster will provide fans with a safe and secure location to buy, sell and transfer tickets. Fans can visit www.ticketmaster.ca for the widest selection of verified tickets.

“With a growing tennis fan base in Canada, it’s incredibly important that Canadian tennis fans are able to purchase their tickets in a safe and secure manner,” said Rob Swann, Chief Commercial Officer of Tennis Canada. “Ticketmaster’s digital ticketing technology protects fans attending Rogers Cup by reducing fraud and improves their overall experience by making it easier to manage their tickets. We’re excited to begin our partnership with such a trusted leader in the industry.”

“Ticketmaster is excited to partner with Tennis Canada and the Rogers Cup, which is the highlight of the sport in Canada,” said Patti-Anne Tarlton, Chief Operating Officer of Ticketmaster Canada. “Through this partnership, tennis fans will not only see the safest and most secure ticket buying experience possible, but they will also see the most inventory available. We know tennis fans will love this new ticketing experience.”