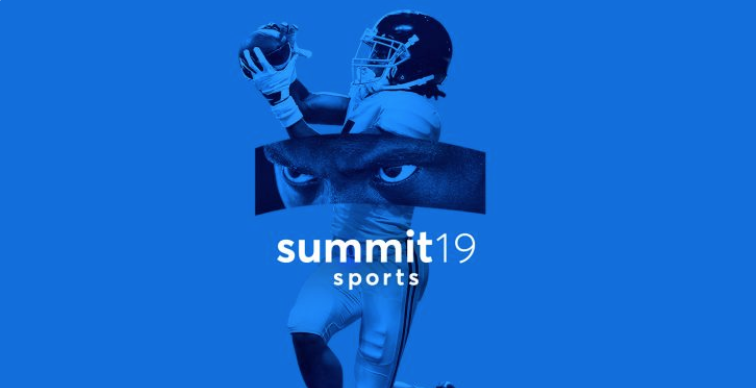 The 2019 Ticketmaster Sports Summit ⁠— our annual event in downtown Los Angeles, attended by leaders from across the global sports event industry ⁠— was all about innovation. For two days, Ticketmaster executives held keynote presentations and panel talks about the latest technologies with industry leaders, inspiring one another to enhance the fan experience in new ways. ICYMI, here are the top five take-aways.

The world is changing, and we have to change our approach to continue driving the industry. In his keynote presentation, Ticketmaster President Jared Smith addressed the challenges facing the sports industry: buyers are now harder to reach, they’re making fewer long-term commitments and they’re increasingly making last-minute purchases. Smith shared how Ticketmaster is helping clients break through the noise with data-driven marketing approaches, including creative pricing and packaging solutions to leverage the “sharing economy” and mobile experiences that help fans buy tickets wherever they are.

2. Our Clients Are Inspiring Change On and Off the Field

During his keynote, Smith also recognized individuals and organizations with our inaugural Sports Summit Awards. This year’s winners showed an unparalleled dedication to diversity, sustainability and advocacy to help re-shape the future of the sports industry. Congratulations to each of the winners:

Read more about our award winners and their inspiring stories.

In his keynote presentation, Ticketmaster Chief Product Officer Justin Burleigh unveiled how Ticketmaster’s latest fan identity solutions give organizations the data they need to deliver personalized fan experiences that drive conversion and protect fans against fraudulent marketplaces and sellers. Burleigh dug deep into Ticketmaster’s latest product innovation, SafeTix™, and showed how the technology is powering lead generation and database growth for the biggest Sports organizations in the world, including the NFL. Burleigh was joined onstage by Christian Lau, VP of Information Technology for LAFC (Los Angeles Football Club), who discussed how leveraging Ticketmaster’s vast ecosystem of partners enabled his organization to reach a new generation of “always connected” fans.

4. Women Are Changing the Game

Sports Summit 2019 featured some of the fiercest female voices that are transforming the sports industry, including Honda Center Arena’s JoAnn Armstrong, Kraft Analytics Group’s Jessica Gelman, Sports Innovation Lab’s Angela Ruggiero, and Handel Group Corp’s Lauren Zander. Hosted by Ticketmaster North American President Amy Howe, these trailblazers discussed their unique experiences and the future of women in the sports industry, including the difference between diversity and inclusion. “Diversity is a seat at the table, inclusion is a voice at the table,” said Ruggiero.

At the inaugural Women’s Networking Breakfast, Handel Group Co-Founder and President Beth Weissenberger went one step further, sharing humorous insight on how to ensure women’s continued inclusion at that table. Encouraging attendees to “fly their freak flags,” Weissenberger advised that bringing one’s full, authentic self to work is the most effective way to make meaningful impact, both professionally and personally.

5. The Industry Is Overflowing with Innovation

Innovation isn’t just about technology. During the Sports Summit, we were joined by industry leaders who are delivering new definitions of “sport.” During a fireside chat, Jared Smith was joined by XFL CEO Oliver Luck and President Jeffrey Pollack, who discussed the recently re-launched league and the opportunity for reaching die-hard football fans. They highlighted how the XFL is driven to give fans unprecedented access to the game — from listening in on the huddle to pricing strategies that make the game more affordable for everyone. In another discussion, Tod Leiweke, CEO of the Seattle Hockey Partners, shared how his organization is leaning into technology that allows them to holistically impact the fan experience from purchase to game-day. “The enemy of the fan experience is lines,” he said, adding that it’s the social responsibility of the teams to serve fans. The Sports Summit ended at the Banc of California Stadium, where Premier Lacrosse League co-founders Paul Rabil and Mike Rabil discussed the success of their new league and how the power of social media has transformed sports organizations’ ability to identify, grow and engage fans of emerging leagues.

Thank you to all attendees, partners and speakers for bringing your passion and innovation to this year’s Sports Summit!