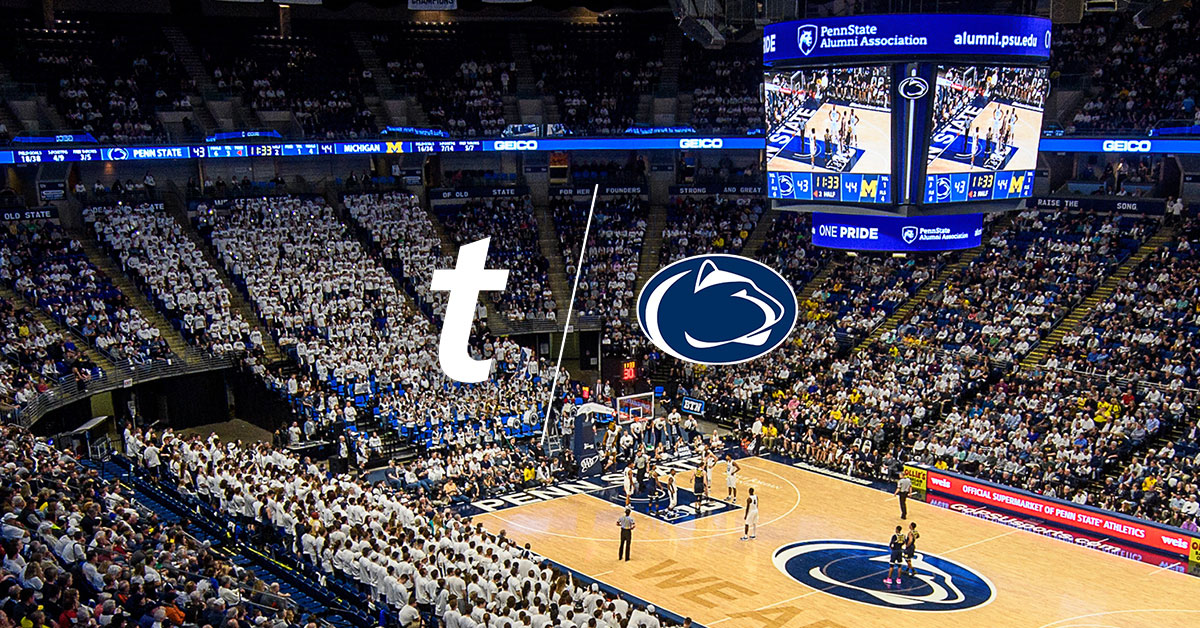 With Ticketmaster Presence™ Installed in Five Athletic Facilities in 2019-2020, Penn State Will Be the First University to Roll Out Presence-Enabled SafeTix™ Technology For its Students at Beaver Stadium Football Games in 2019

Los Angeles, CA (August 7, 2019) — Ticketmaster, the global leader in ticketing, and Penn State University today announced the extension of their official ticketing partnership. With this renewal, Ticketmaster will continue to serve as the official ticketing partner and expand Penn State Athletics’ implementation of Ticketmaster Presence™, its next-generation venue access control and fan engagement platform. Following its successful launch at Pegula Ice Arena prior to the 2018-19 season and at Panzer Stadium this past spring, Presence will now be leveraged at all five major PSU athletics venues, with the addition of Beaver Stadium, the second-largest collegiate football stadium in the United States, Bryce Jordan Center, and Rec Hall.

In 2018, Penn State Athletics first announced it would be fully transitioning to digital ticketing at Beaver Stadium for the 2019 season, with all other Penn State Athletics venues going digital in October 2018. Fans can now easily access their digital tickets on their mobile device via the Ticketmaster app or by downloading them to their mobile wallet. As a result, Print-at-Home PDF tickets will no longer be accepted for entry at PSU home games, which will significantly reduce ticket fraud and create an even more seamless venue entry experience for fans.

Penn State will be the first college to leverage SafeTix™ for all students at upcoming 2019 football games at Beaver Stadium. This new technology is the latest enhancement to Ticketmaster Presence for digital tickets, which provides easy and safe student access while eliminating ticket fraud. Each ticket is tied uniquely to the student’s identity and account and is presented for entry as a dynamically changing encrypted barcode. Students can also save their ticket in their mobile wallet and be granted access through an efficient NFC-enabled tap and go action.

With more than 21,000 season tickets selling out earlier this summer, an important feature of the Presence-enabled digital tickets is the easy student-to-student transfer capability that simplifies access for more students to see Penn State Football games.

“For more than a decade, Ticketmaster has partnered with Penn State Athletics to create the best sporting event experiences for their fans,” said Tim Martin, Senior Vice President of College Athletics at Ticketmaster, North America. “We’re proud to work with a partner who’s at the forefront of new technology adoption within college athletics. We can’t wait to bring our latest products to Penn State fans at the start of the new season.”

The Penn State Athletics program is one of the most comprehensive and successful programs yielding 51 NCAA championships all-time (79 national championships overall), which ranks No. 5 among all NCAA Division I programs and are the highest total of any college or university east of the Mississippi River. Penn State’s 32 NCAA titles since 1992-93 lead all Big Ten Conference institutions.

“We are thrilled to broaden our partnership with Ticketmaster,” said Bryan Markiewicz, Interim Assistant AD of Ticketing & Service. “Ticketmaster is the industry leader in ticketing and venue technology and continues to offer Penn State Athletics with the most secure, innovative and solution-oriented products focused on maximizing the fan experience. We’re committed to providing a secure and convenient ticketing experience for our fans.”

For Penn State ticketholders, Digital Ticketing overview and other frequently asked questions are available at: GoPSUsports.com/ticketmanagement.

Tickets for PSU athletics and entertainment events are available at ticketmaster.com.

Penn State Intercollegiate Athletics fields one of the nation’s most comprehensive and successful athletic programs sponsoring 800 student-athletes across 31 varsity programs (16 men’s, 15 women’s).  Student Athletes have posted an NCAA Graduation Success Rate (GSR) of 90 percent the past two years.  The Nittany Lions rank No. 4 among all Division I schools with 204 CoSIDA Academic All-Americans all-time.  Penn State Athletics does not receive any funding from The Commonwealth of Pennsylvania or its taxpayers, nor any student fees or financial support directly allocated by central administration.