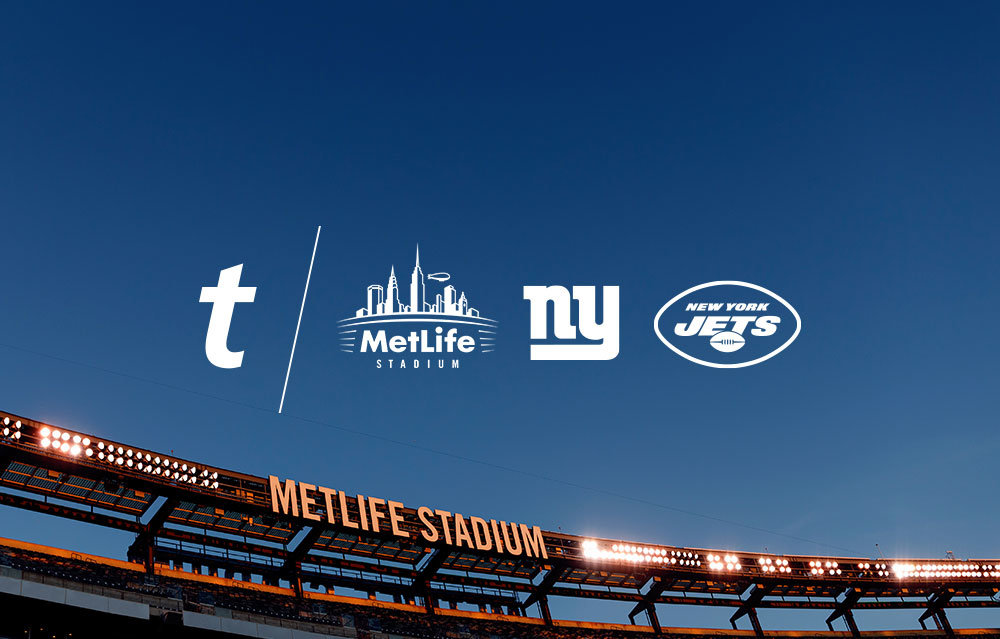 “Ticketmaster has been an incredible partner since our opening in 2010 and we are proud to renew our partnership with the leader in ticketing technology,” said Ron VanDeVeen, MetLife Stadium President & CEO. “From Giants and Jets home games to the biggest concerts in North America, MetLife Stadium is consistently delivering the most exciting live events. Now, thanks to Ticketmaster’s digital ticketing technology, these events will become even more enjoyable, as fans will have peace of mind that their ticket is real, thanks to Ticketmaster SafeTix eliminating fraud.”

“Utilizing the best technology has long been a top priority for the New York Giants, and with Ticketmaster leading the market in innovative products and services, we were eager to renew our long-standing partnership,” said Giants Chief Commercial Officer, Pete Guelli. “Whether it’s providing us with in-depth data and analytics on gameday or communicating with fans directly, and everything in between, Ticketmaster has become critical to our day-to-day operations and we look forward to seeing their next great innovation.”

“The New York Jets are excited to renew our partnership with Ticketmaster, which will allow us to provide our fans with a seamless and personalized experience on gameday,” said New York Jets SVP, Ticket and Premium Revenue, Strategy and Development Fred Mangione. “Through Ticketmaster’s digital ticketing technology, the connection between our fans and the team and our players will become closer than ever before, as fans will see an increasingly personal experience tailored to their specific preferences.”

The New York Jets and the New York Giants will also use SafeTix™, the latest enhancement to Presence, which ties a unique, identifiable digital ticket to each fan’s mobile phone. SafeTix uses NFC tap and go technology utilizing Apple Wallet, Google Pay and rotating barcodes that refresh every 15 seconds, preventing the unscrupulous replication and sale of fake tickets.

“MetLife Stadium is considered one of the greatest venues in the world today, and we could not be more excited to renew our partnership with this iconic stadium, as well as the New York Giants and the New York Jets,” said Clay Luter, EVP and Co-Head of Sports for Ticketmaster, North America. “With Presence and SafeTix, NFL fans will now see a frictionless experience combined with a never-before-seen level of ticket security due to this innovative technology that is effectively eliminating fraud. It’s that kind of forward thinking that makes MetLife Stadium such an appealing space for the biggest artists and the best events.”

Since opening in 2010, MetLife Stadium has become one the most desired venues for artists and event owners, hosting Super Bowl XLVIII, Wrestlemania 29 and Wrestlemania 35, the International Champions Cup featuring the best soccer clubs from around the world, and sold out concerts from Bon Jovi, U2, Bruce Springsteen, Beyoncé, Kenny Chesney, Taylor Swift, Eminem and Rihanna, and countless other top artists. MetLife Stadium is the only active venue to serve as the home of two NFL teams – the New York Giants and New York Jets. MetLife Stadium has ranked as the "No. 1 Highest Grossing Stadium" in the world for the last 7 years (2012-18) by Billboard magazine and was named "Venue of the Year" by the Stadium Business Summit in 2017.

MetLife Stadium, home to the New York Jets and New York Giants, seats 82,500 and is one of the largest stadiums in the National Football League (NFL). Since opening in 2010, over 23 million people have attended over 450 ticketed events including 20 NFL games per season and major events including Super Bowl XLVIII, WrestleMania 29 and 35, and the Copa America Centenario soccer final. Annual events include concerts, international soccer, Monster Jam, Supercross, religious events, college football, high school football championships, band competitions and graduations.

MetLife Stadium annually tops the industry charts and has ranked as the "No. 1 Highest Grossing Stadium" in the world for the last 7 years (2012-18) by Billboard magazine. The Stadium was awarded "Venue of the Year" at The 2017 StadiumBusiness Summit in Croke Park, Dublin, and ranked No. 1 for safety by Security Magazine’s “Security 500” in the Spectator Sports (Facilities) division in 2018 and 2019. MetLife Stadium will be home to the New York Guardians (XFL) in 2020, the Army-Navy Football Classic in 2021, and is a venue finalist for FIFA World Cup 2026. For more information, visit metlifestadium.com.

About the New York Jets

The New York Jets were founded in 1959 as the New York Titans, an original member of the American Football League (AFL). The Jets won Super Bowl III, defeating the NFL’s Baltimore Colts in 1969. In 1970, the franchise joined the National Football League in the historic AFL–NFL merger that set the foundation for today’s league. As part of a commitment to its fan base through innovation and experiences, the team has created initiatives such as, its trailblazing Jets Rewards program, a state-of-the-art mobile app, and the award winning Jets 360 Productions, a comprehensive content platform that gives fans greater access to the team across all digital and social platforms. Led by its Anti-Bullying Program, the organization takes great pride in a long-standing, year-round commitment to their community. These programs are funded by the New York Jets Foundation and look to positively influence the lives of young men and women in the tri-state area, particularly in disadvantaged communities.  The organization also supports the efforts of the Lupus Research Alliance and numerous established charitable organizations and causes sponsored by the NFL. The New York Jets play in MetLife Stadium, which opened in 2010, and are headquartered at the Atlantic Health Jets Training Center in Florham Park, New Jersey.

About the New York Football Giants

A cornerstone franchise of the National Football League, the New York Football Giants began play in 1925. With eight championships, including a victory over the New England Patriots in Super Bowl XLVI, their second in five seasons, the Giants are the only franchise in the NFL with a Super Bowl victory in each of the last four decades. Headquartered at the Quest Diagnostics Training Center in East Rutherford, N.J., the Giants are in their 95th season of play.  For more information, visit www.giants.com.